The Jones Family Singers, consisting in part of five sisters, two brothers and their father, have been tearing up churches and festivals for almost three decades. And now with Live from Mt. Zion, a follow up to 2014’s critically acclaimed studio effort The Spirit Speaks (Arts+Labor), this sensational gospel band has translated their awe inspiring stage show to an album that’s contagious and thrilling; a full on emotional explosion of passion and precision. Recorded at the family’s home base, The Mt. Zion Pentecostal Holiness Church in the tiny town of Markham, Texas, this powerful compilation of songs shows a dynamic and timeless range of material and repertoire paired with vocal virtuosity and musicianship that holds its own with the top acts on the touring circuit today.

“Modern practitioners of a long musical tradition…infusing their joyful, reverent songs with elements of vintage soul and R&B” declares the Wall Street Journal. “The three-generation gospel collective’s high-energy performances are the living embodiment of the indelible connection between the black church and its rock and soul offspring” notes the Austin Chronicle. “It was all joyful praise, brilliantly timed with one crescendo after another” boasts the New York Times, and both Rolling Stone and NPR called them “a must see act” at SXSW.

The Jones Family Singers received a standing ovation at Lincoln Center and showcased at New York City’s globalFEST and The Kennedy Center in Washington, DC in January 2015. The past couple of years saw them criss-crossing the globe with domestic and international appearances including Newport Folk Festival, Playboy Jazz Festival, Winnipeg Folk Festival, Monterey Jazz Festival, North Sea Jazz Festival, a two week tour of Russia, and an epic journey to the Holy Land.

Impressed by the band’s fervor onstage and humility off, Austin filmmaker Alan Berg decided in 2012 to make a documentary that explored the triumphs and tribulations of this working gospel band. The artistry he witnessed onstage along with the compelling family dynamic came to fruition at film festivals last spring, entitled “The Jones Family Will Make a Way”. Buoyed by the live album and a growing fan base both religious and secular the band is eagerly hitting the road. Besides churches, nightclubs, concert series and music festivals, they’ve also brought their powerful musical ministry to prisons, interfaith events and community celebrations. 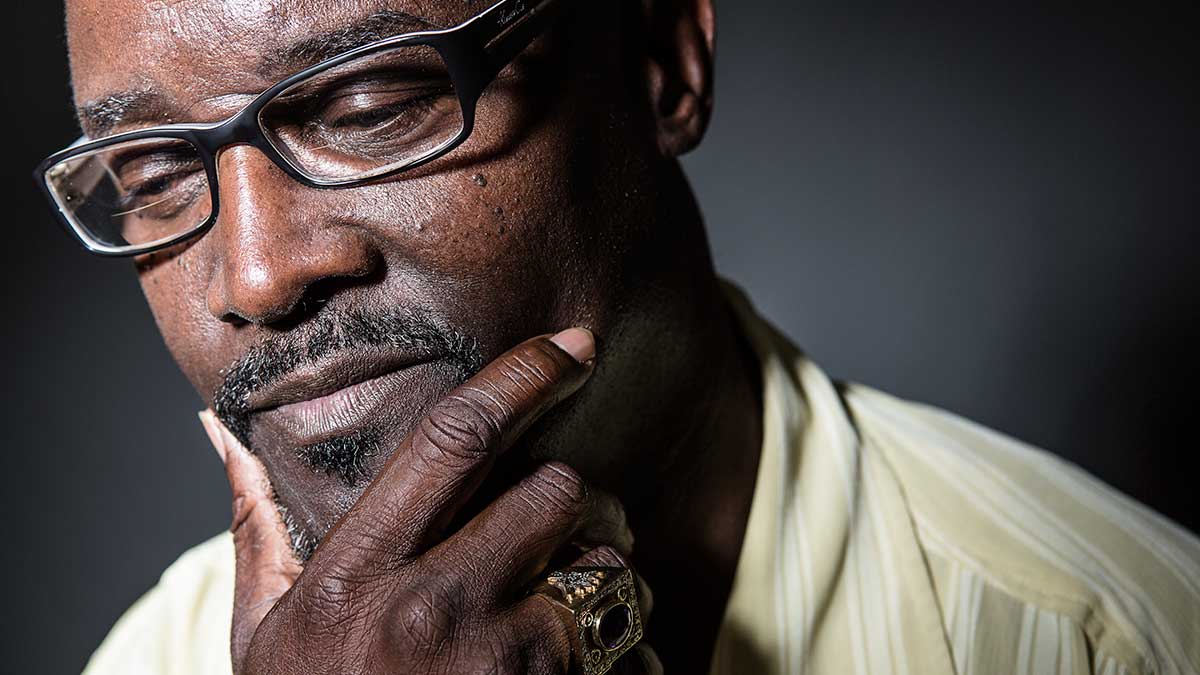 Bishop Fred A. Jones, Sr. Th.D. is pastor/founder of The Mt. Zion Pentecostal Cathedral of Markham, TX and is CEO of Family-Styled Records which is family owned and operated. Bishop is married to Lady Sarah Jones and together they have six girls and two boys, hence The Jones Family Singers. Bishop has a Bachelor, Masters and Doctoral Degree in Theology and an AAA in Audio/Video Curriculum. Licensed as an International Evangelist in the Church of God in Christ (COGIC), he is well traveled and loves preaching and singing.

First-Lady Sarah M. Jones, born November 22, 1941 is the wife of Pastor F. Allen Jones, Sr. and the mother of six girls and two boys.  She handles the product management and uniform design for The Jones Family Singers and also serves as First Lady and Overseer of the Women’s Work at The Mt. Zion Pentecostal Holiness Church of Markham, TX.  Sister Jones loves gospel music as well as plenty of traveling.  She loves the Lord and is a very powerful Bible teacher in her own right. She whole heartily supports her husband and her family whether at home or on the road. 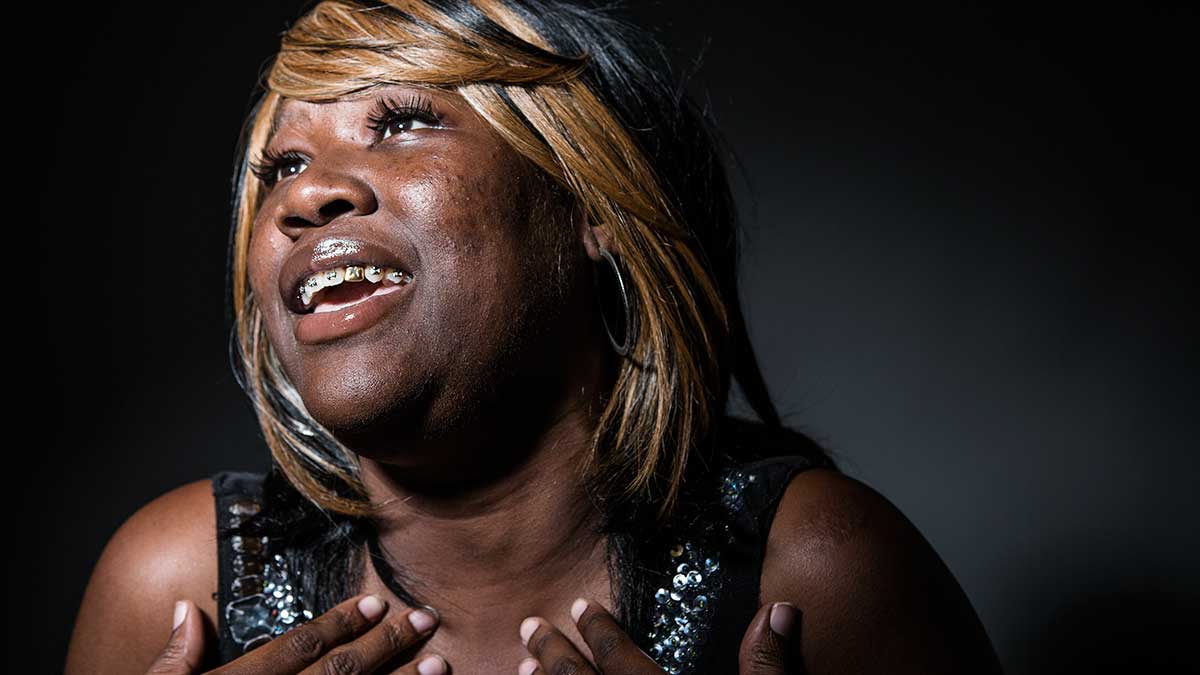 Alexis Jones is the baby daughter of Bishop Fred A. Jones, Sr. and First Lady Sarah Jones and is the lead singer of The Jones Family Singers.  Her father has always told her to “marry a microphone!” She is the mother of Stevion Bakari Roberts (who is becoming an avid drummer at a young age), loves singing and drumming and is also a professional beautician.  Alexis enjoys traveling, shopping, concerting and above all meeting and making new fans and friends.  She has performed with Mrs. Evelyn Turrentine Agee and Mr. Andre Tate from The Williams Brothers and is looking to share the stage with many more.  Her favorite quartet groups are the Bolton Brothers, The McDonald Sisters, Mary-Mary and Mrs. Leomia Boyd.  Alexis is also on the Praise and Worship Team at the Mt. Zion Pentecostal Holiness Church and wants to remind you that The JFS are coming to your town to be a blessing to you! 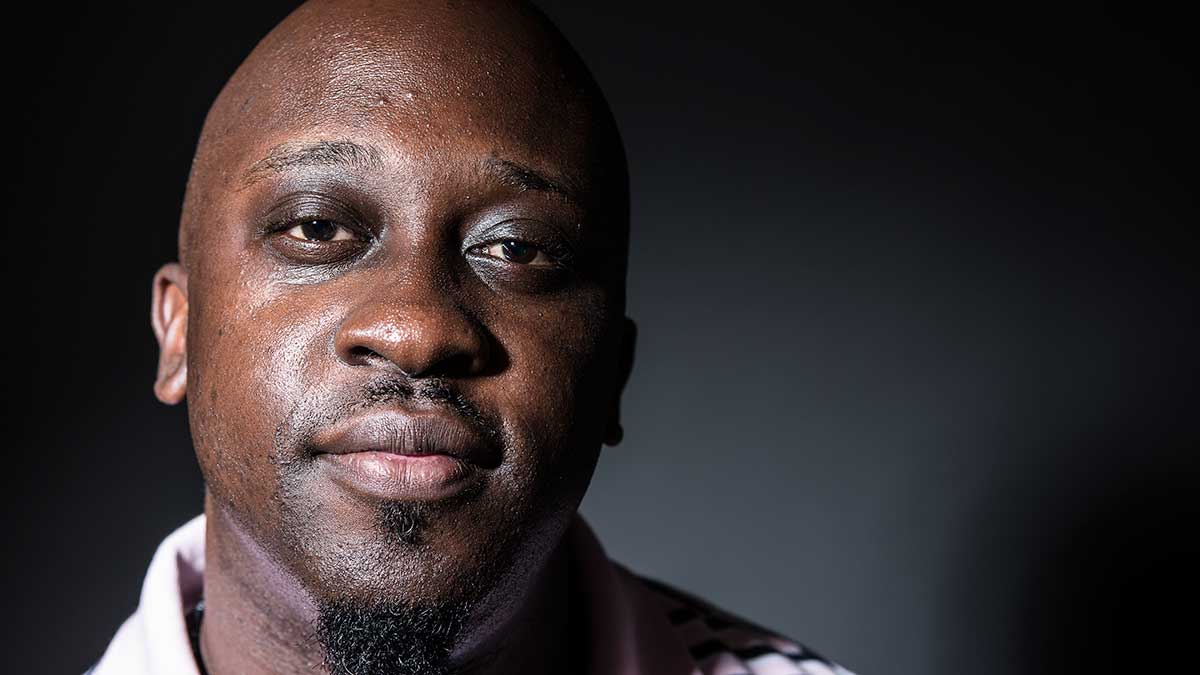 Fred Allen Jones, Jr. is the youngest son of Bishop Fred A. and First Lady Sarah Jones and is the Minister of Music in the church his father pastors in Markham, TX, Minister of Music for the Enterprise Baptist Church and a staff musician for New Hope Baptist Church (both of Bay City, TX).  He is a pro musician on hire for various groups across the State of Texas and beyond.  He serves as Chief Engineer of Family-Styled Records owned and operated by his father Bishop Jones and sister Velma “Mice” Davis.  He has successfully recorded The Jones Family Singers, Natasha R. Bates, Disciples of Christ,  Ashley Pete, Alexis D. Jones, Bishop Fred A. Jones, Sr. and many others.  Fred plays lead and bass guitars, keyboards and drums in The JFS and has performed with renown artists such as “The Sensational Williams Bros of Mississippi”, “The Williams Singers of Indianapolis” and many more. 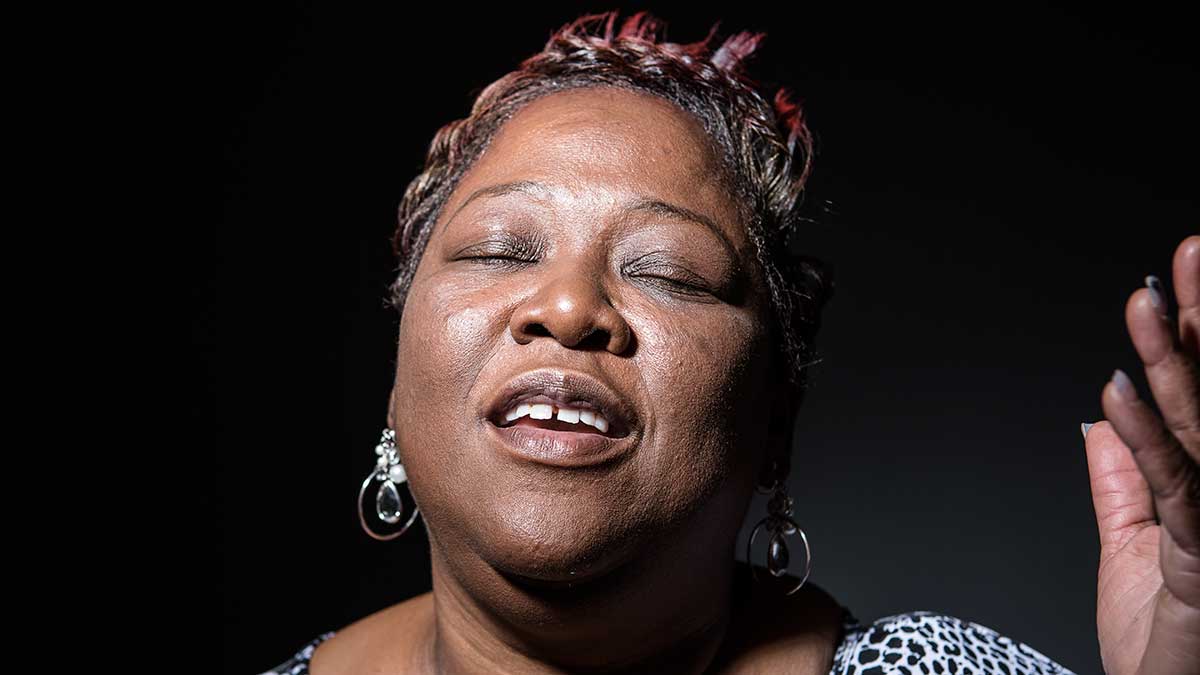 Ernestine Ray is the oldest daughter of Bishop Fred A. and Lady Sarah Jones and sings alto in the group.  She is married to Arthur Ray and is the Director of The First Baptist Church Child Development Center of Bay City, TX. Ernestine has been with the group since its inception and has been a strong supporter in every way.  She serves as Church Secretary where her father pastors in Markham, TX and is praise and worship leader as well.   Her passion is ministering locally and abroad to people of all races, creeds and colors and making new friends.  She also loves to coordinate weddings and other functions in her spare time. 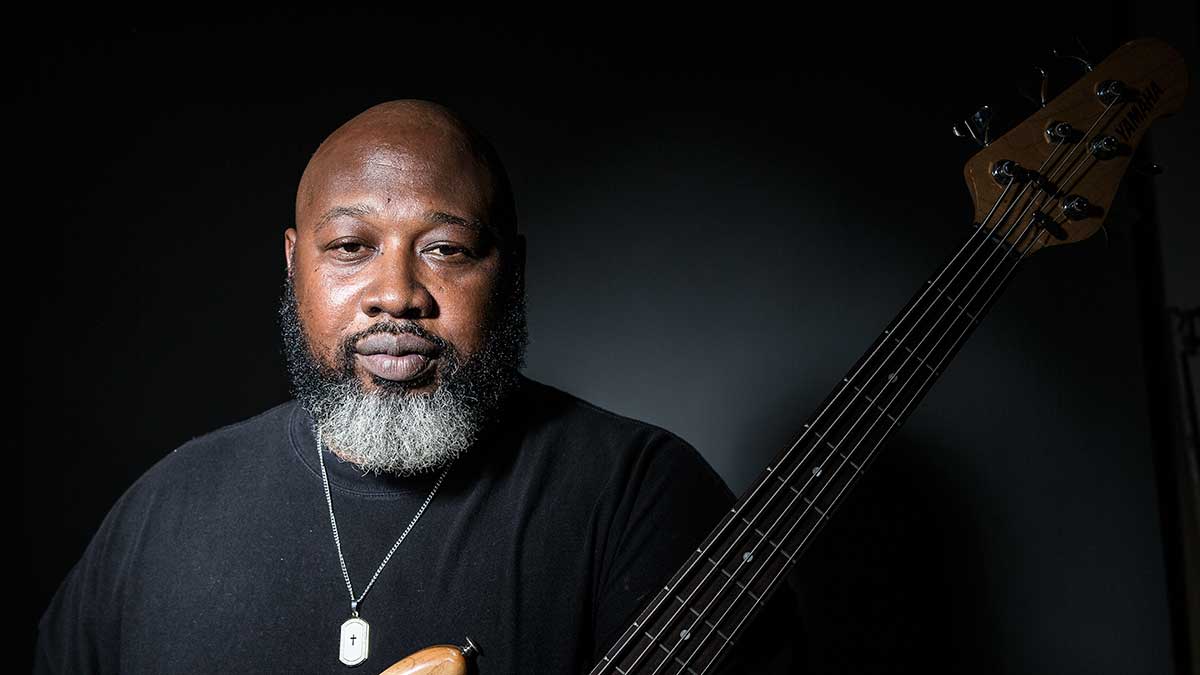 Kenneth is the oldest son of Bishop and Lady Sarah Jones, resides in Bay City, TX and plays bass for the band as well as some guitar and keyboard.  He is married to Zelma Baldwin Freeman and together they have eight kids.  He served the Matagorda Country for several years through his owned and operated business “Slap Yo Mama Smokehouse.” Kenneth’s goal is to reach the lost through the music ministry of The Jones Family Singers and to travel the globe spreading good cheer. 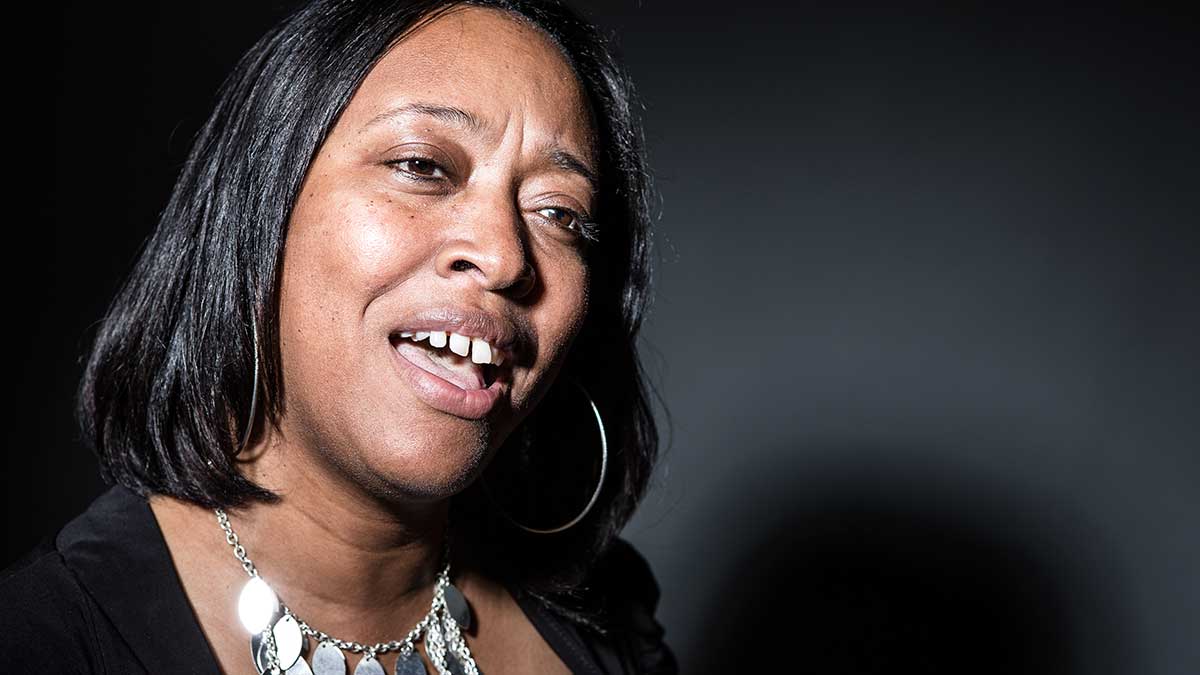 Sabrina Freeman is the next to oldest daughter of Bishop and Lady Sarah Jones and sings top vocal in the group.  She is the proud mother of three beautiful children; Ian (the drummer), Crystal and Brandon. Sabrina loves The Lord and looks to see you when The Jones Family Singers come to your town. 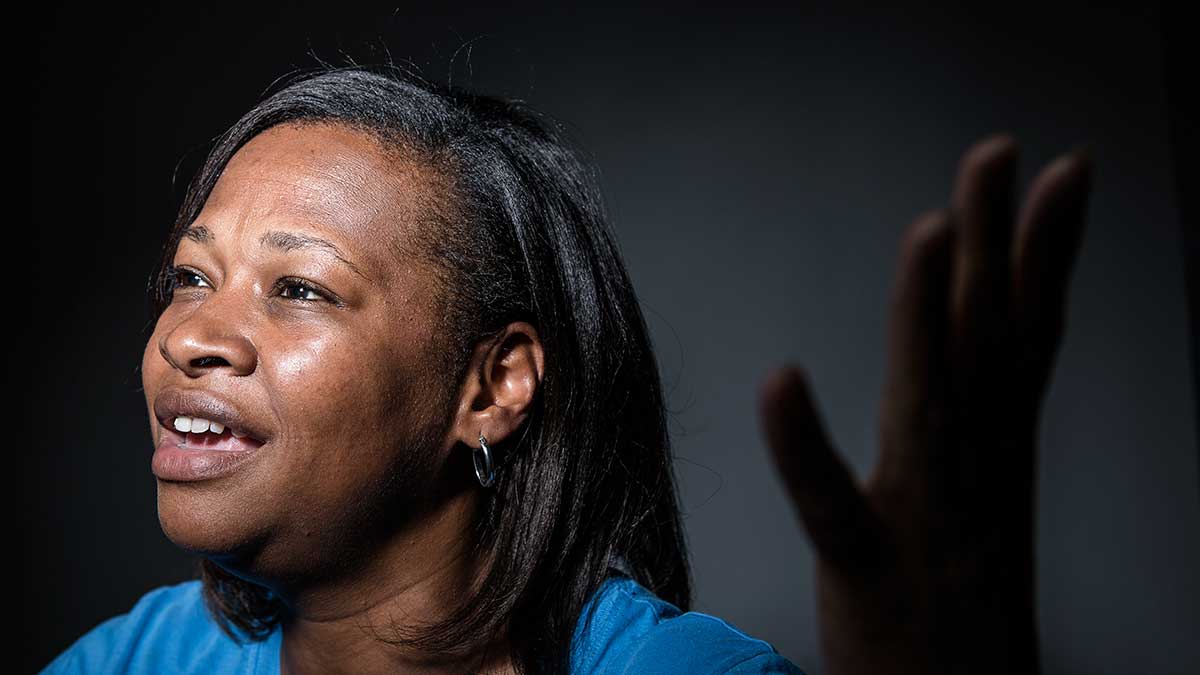 Velma “Mice” Davis sings 1st and 2nd soprano in the group and is the mother of three girls; Gabrielle, Jaila and Jeslyn.  A graduate of the Art Institute of Houston with an Associate of Applied Arts Degree in the music curriculum, she resides in Bay City, TX and is co-founder of Family-Styled Records.  She is single and enjoys singing, traveling and spending time with her girls and family.   Velma attends and plays keyboards at the Mt. Zion Pentecostal Cathedral (pastured by her dad) and taught most of her siblings how to play the drums. She is also the  music teacher at the First Baptist Church Child Development Center in Bay City, TX. 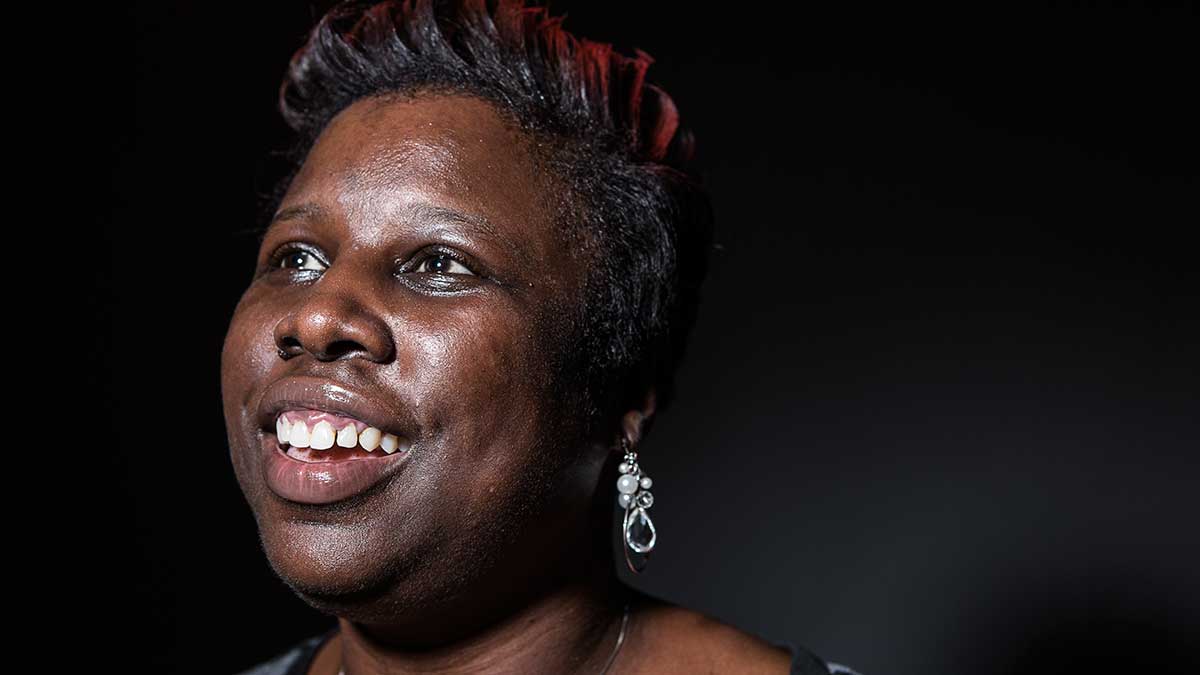 Theresa Patrelle Jones aka “Lady T” sings baritone for The Jones Family Singers. Born in Houston, TX on February 23,1974 she is walking miracle and living testimony; The Lord has brought her from death’s door three times. She received certification as an Administrative Assistant in 2002 from The Bradford School of Business in Houston and presently works at First Baptist Child Development Center in Bay City, TX as well as being Bishop Jones’s personal secretary. Currently single with no kids, her hobbies include traveling, working on the computer, and running the sound and video equipment at the church. She loves The Lord with her whole heart and knows that The JFS are coming to your town to be a blessing to you! 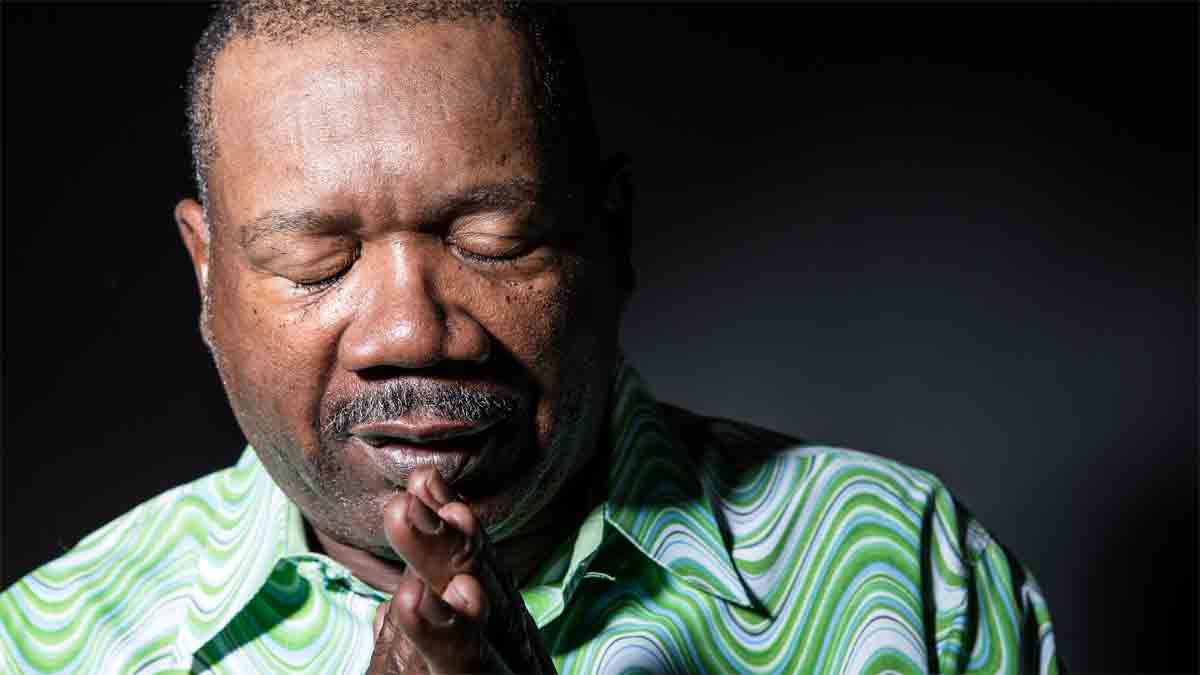 Duane Edward Hebert was born December 27, 1958 in Eagle Lake, TX and is happily married for 24 years to Mrs. Rhonda Franklin Hebert.  His main occupation is an industrial painter and interests are fishing, sports and of course music.  His tenure as the percussionist for The JFS has spanned over fifteen years and his favorite places visited are Angra and Rio De Janeiro, Brazil.